After World War II, American poetry became extremely influential, both in the capitalist and the socialist blocs. Its presence was especially visible in Socialist Yugoslavia. American poets came to Yugoslavia, performed at festivals and poetry readings and so established friendly relations with poets. They recorded their experiences in essays or poems and later, in their memoirs. Also, Yugoslav poets went to the United States, studied the American culture, researched the rich poetry scene, and wrote about it in their essays and poems. While the American poets through poetry recorded their experience of living in a completely different political and social context of a socialist open country, translating their poetry became a tool for transforming the local Yugoslav poetic practices. But it should be pointed out that the reception of poetry is always an active process of assimilation and hybridization.

In this mutual exchange, beat poetry occupies a special place. It is a significant part of the American counterculture. Its non-conformist spirit was expressed in the poetry itself and in the essays written by poets. On the international scene, this influenced the change in writing and opinions about poetry. Beat poetry was significant because it was connected to the American popular culture which spread internationally and entered spaces of the socialist societies. It was the center of attention because it influenced a fundamental change in the Yugoslav poetry while also introducing new ideas of the transformation of everyday life.

Intense interaction continued even after the disintegration of socialist Yugoslavia. New generations of post-Yugoslav poets, through their texts and translations, continue to deal with American poetry.

Donald Allen’s subversive anthology The New American Poetry, published in 1960, canonized anti-academic American poetry. In this work, poets of the New York School can be found, including the Black Mountain College, the San Francisco Renaissance, and others, but Beat poetry became the most popular and most translated. The reception of Beat poetry, along with the New York School and, considerably later, Language poetry and Feminist poetry, developed in two waves. The first wave, from the 1960`s until 1989, played out during the Cold War era and is, to the greatest extent, connected to Beat poetry.

The second wave of influence developed in the context of the fall of the Berlin Wall, the fall of communism, and the breakup of socialist Yugoslavia. New American Poetry, especially the New York School and Beat poetry, became globally influential. In Slovenia, the poets of a new generation, such as Uroš Zupan, Gregor Podnar and Primož Čučnik, wrote about American poetry, translated it, and also wrote poetry under its influence. In Serbia, the poets Natalija Marković, Vladimir Stojnić and Bojan Savić Ostojić were influenced by American poetry as well, as was the Montenegrin poet Vladimir Đurišić.

In 1975, the African-American poet Clarence Major was a guest of the Struga Poetry Evenings in Struga, Macedonia, celebrating the Non-Aligned Movement. That year the laureate of the festival was Léopold Sédar Senghor, and the guests were various poets from the developing world.

Allen Ginsberg and Peter Orlovsky came to Yugoslavia in 1980 and performed at literary evenings with Vladislav Bajac, Vojo Šindolić, Nina Živančević and Ivana Milankov. A number of thematic blocks dedicated to beat poetry and poets were published in many periodicals throughout the contry, in addition to anthologies and other collections of poetry.

Allen Ginsberg received the Golden Wreath (Zlaten venec) at the Struga Poetry Evenings in 1986. Nina Živančević and Vojo Šindolić were with him in Struga, among others. Ginsberg performed in Belgrade in 1993, condemning the nationalism and wars in the territory of the former Yugoslavia.

Jerome Rothenberg came to Yugoslavia in 1982, around the time his concept of “ethnopoetics” was arousing local interest in oral poetry in the world scale. As a result of interactions with him, the 1988 work Antologija prvobitne poezje (Anthology of Oral Poetry), was collected and edited by Nina Živančević and several translators.

The presence and significance of American poetry is apparent by the quantity of published anthologies both in socialist Yugoslavia as well as after its breakup. From the 1952 anthology Američka lirika (American Lyric) by Ivan Slamnig and Antun Šoljan to Dragoslav Antić’s anthology Iz savremene poezije američkih crnaca od 1954 do 2003 (Selected Contemporary African-American Poetry from 1954 to 2003), local poetry anthologies of American poetry have followed how American poetry evolves. Yugoslav and post-Yugoslav poets conceptualize and translate the works interpreting these changes through the lens of their own, unique poetic positions.

Starting in the beginning of the 1990s, the reception of feminist and lesbian poetry is of significance. The first translations of such works appeared in the Belgrade publication Feminističke sveske (Feminist Notebooks). The poetry in the anthology Trip and in Feminističke sveske was decontextualized in order to generate a new and unique field of poetic production in the local poetry environment, that is, one compatible with the atmosphere in which the local feminist and lesbian movement was taking place.

Vladislav Bajac (1954), writer, translator, founder of the publishing house Geopoetika. He is the co-editor and co-translator of two important collections of American poetry: Pesnici bit generacije (Poets of the Beat Generation) with Vojo Šindolić (1979) and Trip: Vodič kroz američku poeziju (Trip: A Guide through American Poetry) with Vladimir Kopicl (1983). During the 1980`s he traveled through America and collected television interviews with American writers. He has received a number of awards for his work in literature and translation. He lives in Belgrade, Serbia.

Charles Bernstein (1950), language poet, theoretician, editor. One of the most influential modern poets. For his poetry he has received a number of national and international awards. With Bruce Andrews he founded and edited the magazine L=A=N=G=U=A=G=E. With Loss Pequeño Glazier he founded the Electronic Poetry Center at SUNY-Buffalo in New York, and he co-founded the University of Pennsylvania’s PennSound archive. He edited the anthology of texts Close Listening: Poetry and the Performed Word (1998), which is a collected study of poetic performances.

Allen Ginsberg (1926-1997), American cult poet, one of the world’s most important, influential, and most translated poets of the Beat movement. He was active in the American counter culture movement, was interested in Eastern religion, and was critical of militarism. His 1957 poem “Howl” attracted significant attention, and resulted in him being tried for obscenity. He wrote poetry with the motto “the first thought is the best thought.” His influence on the former Eastern Europe has been constant from the 1960s up until the present day.

Michael McClure (1932-2010), poet, dramatic writer and novelist. He is counted among the most significant Beat poets. In his poems, he addresses the consciousness of animals, and he is known for his concept of “the beast language.” He has received a number of significant awards. His interests included the area between ethnopoetics, biology and ritual. He was the co-author of a number of Janis Joplin’s songs, including “Oh Lord, Won’t You Buy Me a Mercedes-Benz.” He wrote absurdist dramas and was interested in Eastern religion.

Jerome Rothenberg (1931), important performance poet, translator, editor, and anthologist. He founded ethnopoetics, a world-wide study of oral cultures. As a translator of indigenous peoples, he conceptualized the practice of “total translation,” which captures the simultaneous visual and audio elements presented in the performance, and also includes the reproduction of sounds that were long considered meaningless in the Western concept of language. An important segment of his work deals with spirituality as it is articulated in different ways in different traditions. He translated the Dadaist Kurt Schwitters as well as the work of Federico García Lorca.

Clarence Major (1936), eminent African-American poet, painter, novelist, essayist, editor. For his work he has received a number of awards. He considers himself to be a “visual thinker” who works as both a painter and a poet. His paintings are both expressionistic and narrative. In the magazine World Literature Today he was described as a “polymorphous writer who has been iconoclast, black esthetician, modernist, surrealist, postmodernist, and deconstructionist.” In 2020 the book The Essential Clarence Major: Prose and Poetry was published.

Ivana Milankov (1952), poet and translator. She has published a number of poetry books and has received a number of awards. She translates English and American poetry, including William Butler Yeats, William Blake, Emily Dickinson, Sylvia Plath, Allen Ginsberg, and Lawrence Ferlinghetti. She translated the Jack Kerouac novel “Dharma bums.” She lives in Belgrade, Serbia.

Tomaž Šalamun (1941-2014), poet, one of the most important protagonists of the Slovene neo-avant-garde. He crossed over from a poet of Slovene Reizam to become a post-modern eclectic poet, entering the canon of world-renowned authors after the year 2000. He was a member of the Slovenian Academy of Science and Arts. His work has been translated into a number of languages. He received a number of national and international awards for his work. He lived in Ljubljana, Slovenia.

Vojo Šindolić (1955), poet, translator, essayist, one of the editors of the Yugoslavian rock music magazine Džuboks (Jukebox). From the end of the 1970s he translated Beat poets. He published an anthology of Poets of the Beat generation with Vladislav Bajac (1979) and the anthology Jazz Beat: O utjecaju jazza na djela beat generacije i obratno  (Jazz Beat: About the Influence of Jazz on the Works of the Beat Generation and Vice Versa) (2017). He has translated Ezra Pound, Allen Ginsberg, Michael McClure, Lawrence Ferlinghetti, and others. He was a friend of most important beat poets. He has stayed in America on multiple occasions, where he was also lecturer. He lives in Dubrovnik, Croatia.

Nina Živančević (1957), poet, essayist, prose writer, translator, and art critic. She has published more than fifteen books of poetry in Serbian, English, and French, as well as four books of short stories and three novels in Paris, London and Belgrade. She has received various literary awards. From the beginning of the 1980s she has translated American poetry. She has collaborated with a variety of prominent American, French, and Serbian magazines and journals. She published Antologija američke poezije (Anthology of American Poetry) (1997). She lived in America and worked with a number of American poets including Beat, New York School and language poets. She teaches literature and avant-garde British film at the Sorbonne in Paris, where she lives. 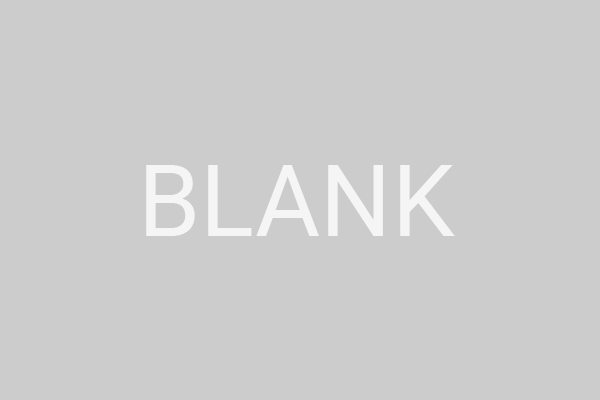 Dubravka Đurić (Dubrovnik, 1961) is a full professor at the Faculty of Media and Communications at the University of Singidunum in Belgrade. She specializes in media theory and literary theory and writes poetry. Since 2015 she has been the president of the Serbian Association for Anglo-American Studies. She is one of the founding members and the Deputy Editor-in-Chief of the ProFeminine journal for women’s literature and culture (1994-2011). She was a lecture at the Center for Women’s Studies and Communications in Belgrade. She is the founder of Ažinova škola poezije i teorije (Azhin’s School of Poetry and Theory) (1996-2006). From 1982 to 1986 she was a member of the informal theoretical-artistic Zajednice za istraživanje prostora (Association for Exploring Space) and one of the editors of its newsletter, Mentalni prostor (Mental Space).